View basket “Like Other Girls” has been added to your basket.

Here’s what sixteen-year-old Lauren knows: she’s not like other girls. She also knows it’s problematic to say that – what’s wrong with girls? She’s even fancied some in the past – but if you were stuck in St Agnes’s, her posh all-girls school in Ireland, you’d feel like that too. Here everyone’s expected to be Perfect Young Ladies – it’s even a song in the painfully-cheesy and sexist musical they’re putting on this year, directed by Lauren’s arch-nemesis. Lauren is not like other girls, and nor is her friend Evan, who’s just come out as a trans boy – which Lauren knows she’s supposed to be cool with but still feels betrayed by. (Having had an unrequited crush on Evan for years doesn’t help, either). Why can’t everyone just be themselves without obsessing over labels? Then Lauren discovers she’s pregnant – the most girlish thing of all.

Be the first to review “Like Other Girls” Cancel reply 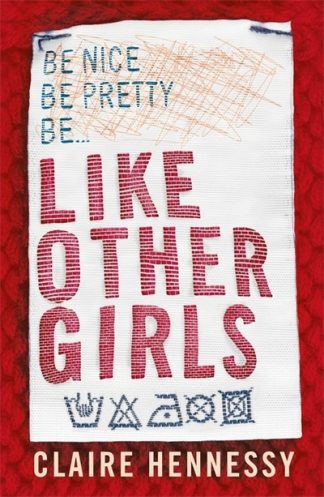