The Burning Maze (The Trials of Apollo Book 3)

Lester Papadopoulos was once the glorious god Apollo – now he’s an awkward (mortal) teenager stuck on Earth, out of favour with Zeus, and without his powers. The way out? A series of scary and dangerous trials, of course. With two particularly scary and dangerous trials already under his belt, Lester must now journey to the Labyrinth – a burning maze that at its centre contains an Oracle whose puzzles may hold the key to a return to godly glory. But the Labyrinth holds a far more deadly threat – the third Roman emperor, part of a group of three Roman rulers bent on death and destruction. The mortal and immortal worlds won’t be safe whilst they live, and only Lester and his demigod friends have the power, bravery (and luck) to stop them. 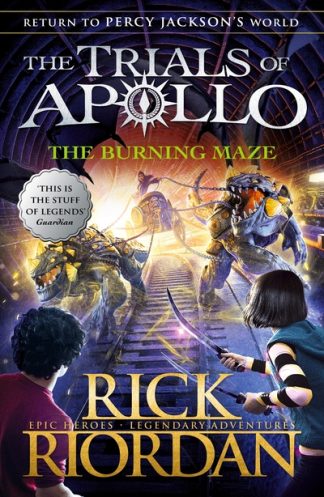