After angering his father Zeus, the god Apollo is cast down from Olympus. Weak and disorientated, he lands in New York City as a regular teenage boy. Now, without his godly powers, the 4,000-year-old deity must learn to survive in the modern world, until he can somehow find a way to regain Zeus’s favour. But Apollo has many enemies – gods, monsters and mortals – who would love to see the former Olympian permanently destroyed. Apollo needs help, and he can think of only one place to go – an enclave of modern demigods known as Camp Half-Blood. 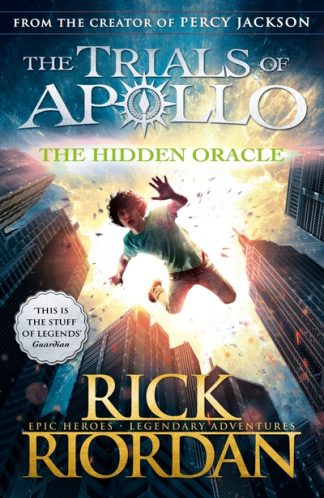 You're viewing: Hidden Oracle (The Trials of Apollo Book 1) €10.50
Add to basket