As the war with Mevolent rages on, the Dead Men are dispatched to a walled town in the Tuscan hills – not to assassinate the Lord of the Dark Sorcerers, but to save him. A rift has opened to a hellish dimension where a being of devastating power awaits, and only Mevolent is strong enough to seal it and save the world.

A simple mission, then, which turns ever-so-slightly trickier when Skulduggery is presented with the opportunity to finally get revenge on Nefarian Serpine, the man who murdered him and killed his family thirteen years earlier.

Return to the world of Skulduggery Pleasant in a short novel set hundreds of years before Valkyrie Cain is even born, and follow Skulduggery, Ghastly, Shudder, Ravel, Saracen, Dexter and Hopeless as they argue, bicker and battle their way through an army of their most hated enemies in order to save their oldest enemy so they can stop another, brand new, enemy…

And that’s when things get complicated. 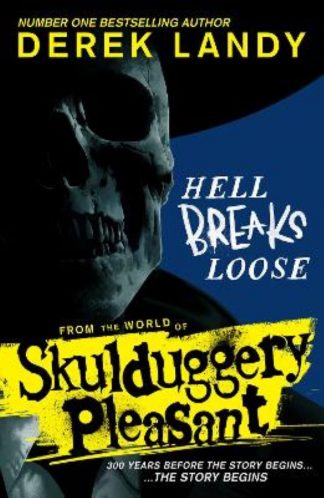